It was another successful weekend for the Lake Crystal Area Fastpitch teams! The local teams brought home two 2nd place finishes and a 4th place finish. Starting bright and early with an 8am Saturday morning game at Caswell Park for the Southern Star League Tournament, was the Lake Crystal 16/18 & under team with a 7-4 victory over Windom. Playing again right away was a tougher challenge against eventual champs from Sleepy Eye, losing 0-5. Moving to the losers bracket they would face New Richland, coming away with a 3-1 victory.

Next up on Saturday, both 14 & under teams were in action at Thomas Park. 14U Blue got past Minneota 10-1 and 14U Gray dropped a close one to Mankato Peppers Blue 5-8. In the winners bracket 14U Blue continued their hot hitting with 12-1 victory over Windom. While 14U Gray worked it's way through the losers bracket with two wins over Mankato Peppers White 11-0 and Waseca 14-3.

Sunday morning Lake Crystal 14U Gray were the early risers with the first game of the day at Caswell Park. Things didn't go the locals way, as eventual champs Sleepy Eye won 9-1. Next up was the 16/18U teams with a 9-0 win over New Ulm Blue. LC 14U Blue faced off against Jackson in an exciting game but fell 4-6 in a the final inning.

In St. James at the James Gang Fair Tournament, the Lake Crystal 10 & under opened play with a 14-1 win over Forest Lake. In their second game of the day, they would fall 3-10 to Cardinal Power out of Fairmont. LC 16/18U would then play Venom out of Dodge Center, losing 5-10 to end their weekend in 4th place out of 11 teams.

In St. James, the 10U team would pick up two more victories over New Ulm Blue 14-1 and host St. James 6-2. Which would get them 2nd place for the day.LC 14U Blue got past New Ulm Red Ravens in a close game 3-1 to move on the championship for a rematch against Jackson. On their 3rd game of the day, it was another exciting game with the Huskies, but the locals didn't have quite enough falling 3-5 for a 2nd place finish our of 13 teams.

It was a successful summer for the our local girls this season. It was nice to see all the support from parents/families and fans at the ballpark all summer long! Thank you to our local business's for their sponsorships! The future looks bright for Lake Crystal Fastpitch!

Many of you have replied to LCAFA of your daughter's interest, below is the link to complete that registration for 8U - 14U.
Link: https://lcafa.sportngin.com/register/form/973591625
Registration deadline is JULY 20th 11:59pm!   This is done to allow enough time in the event we do have a full team, other plans could be made.
Refunds will be given if a team does not fill out.
Players on 8U will receive an LCAFA t-shirt to use and return. Incoming 10U players will receive a LCAFA jersey to use & return.  All other players will use their current jersey, pants, socks & belt.
8u-10u teams will play on Saturdays and 12u-14u teams will play on Sundays. All games will be scheduled for 1 hour and 5 minutes during 3-week league play.

Teams will play doubleheaders in the surrounding and metro areas. First week of games is August 21-22,and last week is September 25-26

More information is available at: https://docs.google.com/document/d/1y4Buf86JrtWQUqf1sr87CtdVJhRR9reewT1CH8xxLys/edit

It will be another busy weekend July 17th & 18th; 10 & under will be in St. James at the James Gang Fair Tournament. Both 14 & under teams as well as the 16/18 & under team will be in Mankato for the Southern Star League Tournament.

What a weekend, June 26-27 2021, for the LCAFA teams! 5 teams bringing home hardware; First Place 10U, 14U Gray and 16/18U, Second Place 12U Blue, Third Place 12U Gray and the final Sunday of our 8U program. Thank you to all the volunteers that helped with concessions, field prep and donations! Thank you for adjusting your schedules after the well needed rain!

Also a big THANK YOU goes out to Katie & Tony Parsons for handling our 8U program this year and all the parents & players that helped!

Up to date tournament bracket

Any questions about the photos or ordering can be directed to SPX Sports directly. 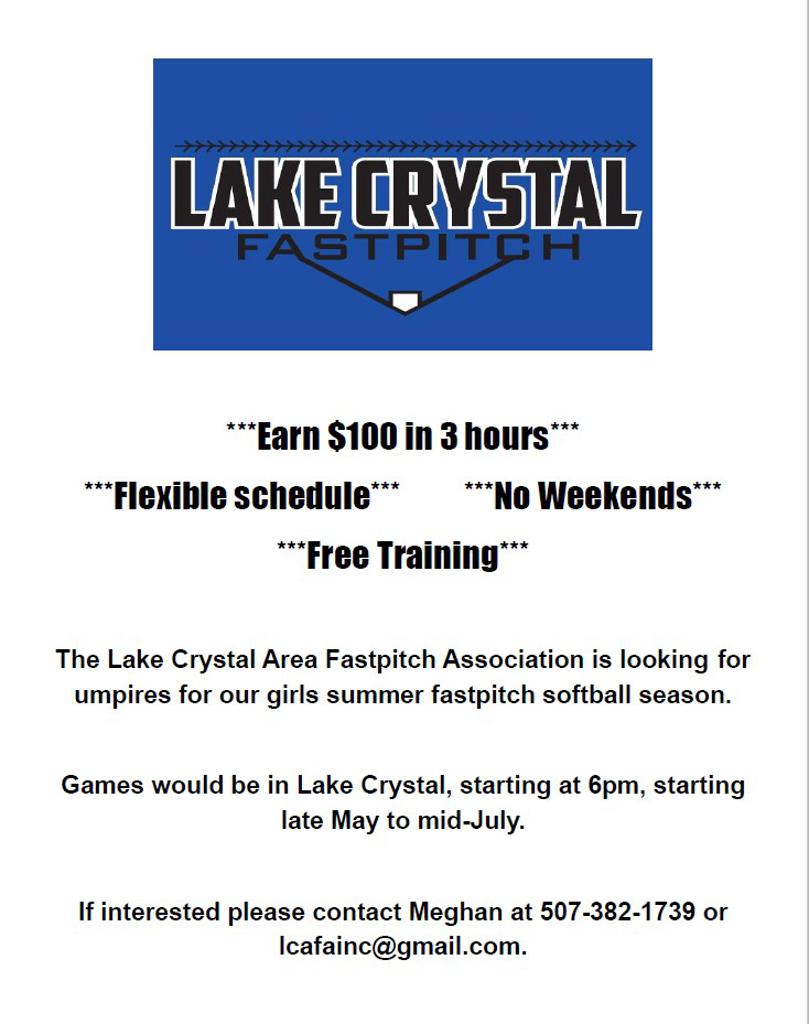 “The mission of the LCAFA is to allow an opportunity for young girls to become team players, improve softball skills, and develop a passion for the game by providing experience and instruction throughout the summer.”